Four books for this weekend

Four books for this weekend

Weekend has come! Are you a book lover or not? If you belong to my category then you are in the right place…

I made a choice of four books that can change the way you look at things… Now it’s time to make yours. Pick a book and do absolutely nothing this weekend! 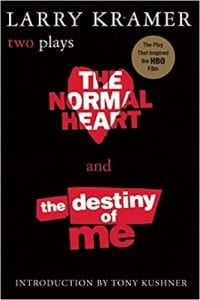 The Normal Heart, set during the early years of the AIDS epidemic, is the impassioned indictment of a society that allowed the plague to happen, a moving denunciation of the ignorance and fear that helped kill an entire generation. It has been produced and taught all over the world. Its companion play, The Destiny of Me, is the stirring story of an AIDS activist forced to put his life in the hands of the very doctor he has been denouncing. p.s. You have to watch the movie Mark Ruffalo and Julia Roberts at its bests! 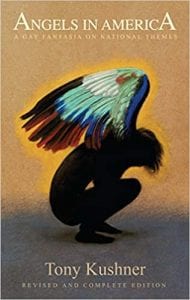 he story takes place in the 1980’s, specifically when right-winged President Ronald Reagan was in office; complications including politics, sexuality, religion, and race mixed to form a plot that is unique and a pleasure to read. All of this is included in the description of the play, “A Gay Fantasia on National Themes.”
The story in the play centers around two toxic relationships. The first one is between characters Joe Pitt and Harper. Joe is a Mormon law clerk who works under heavily republican lawyer Roy Cohn. Harper, Joe’s wife, stays at home with various issues, including an addiction to the drug Valium. Joe eventually finds out that he is actually gay, causing Harper to immediately say, “Sometimes, maybe lost is best. Get lost. Joe,”. The second relationship is between two men, Louis and Prior Walter. Unfortunately, Prior is diagnosed with AIDS which creates problems in their relationship. Eventually, Prior rejects Louis by saying, “you can’t come back ever. Not ever,” . The two relationships intertwined with each others and overall lead to issues that exist throughout the play. Characters outside of the two relationships including Roy, nurse Belize, and Hannah (Joe’s Mom), play vital roles in the story. Controversial topics including religion and political beliefs are emphasized and heavily influence outcomes in the book.

Garth Greenwell – What Belongs To You 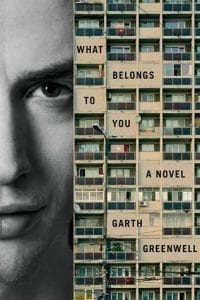 On an unseasonably warm autumn day, an American teacher enters a public bathroom beneath Sofia’s National Palace of Culture. There he meets Mitko, a charismatic young hustler, and pays him for sex. He returns to Mitko again and again over the next few months, drawn by hunger and loneliness and risk, and finds himself ensnared in a relationship in which lust leads to mutual predation, and tenderness can transform into violence. As he struggles to reconcile his longing with the anguish it creates, he’s forced to grapple with his own fraught history, the world of his southern childhood where to be queer was to be a pariah. There are unnerving similarities between his past and the foreign country he finds himself in, a country whose geography and griefs he discovers as he learns more of Mitko’s own narrative, his private history of illness, exploitation, and disease. 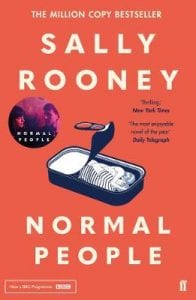 Marianne is the young, affluent, intellectual wallflower; Connell is the boy everyone likes, shadowed by his family’s reputation and poverty. Unlikely friends, and later lovers, their small town beginnings in rural Ireland are swiftly eclipsed by the heady worlds of student Dublin. Gradually their intense, mismatched love becomes a battleground of power, class, and the falsehoods they choose to believe.

Normal People is a tale of deceptive simplicity, a very accessible narrative of two seemingly mismatched young people who share a profound, inescapable understanding. Beyond that however is something properly universal, a study of how one person can forever shape and impact another. Marianne and Connell emerge almost shockingly real and deeply vulnerable in their different ways.